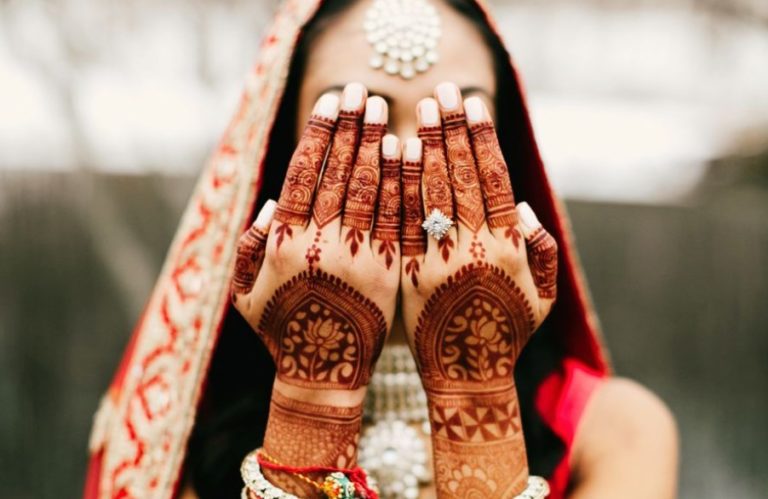 Whether you are invited as a guest, or you are just curious about other cultures’ traditions, here are some things you should expect at a Hindu wedding.

1. The date of the wedding is determined by the stars

Astrologists calculate the positions of planets to match the celestial union of the couple that is to marry using their birth dates. During the gautra- a lineage of the same clan, of both the bride and the groom is proclaimed. The Hindu law states that marriages must not be formed within the same clan.

Sangeet is a party that takes place a few days before the wedding day. That’s where the two families come together to celebrate the union. Sangeet, which translates to ‘sung together’, has a really important part. The bride’s family sing a traditional folk song to the groom and his family, in order to welcome them all.

3. The bride’s hands and feet are decorated with Henna

This usually happens a day before the wedding, as the application of the henna can last for hours. The ceremony is called Mehendi.

4. They wed under the Mandap

The Mandap is made just for the purpose of the wedding ceremony. It may be decorated with anything- silky fabrics, flowers, or crystals.

Fire burns in its center. It is used as a witness. The bride’s brother gives her three fistfuls of rice; she has to throw them into the fire- this offering to the fire is named Homam.

The bride and groom give each other floral crowns. In the US, the ring ceremony sometimes follows. This ritual is called Jai Mala.

6. The bride’s father pours water through her hand as he gives her away

This moment of the ceremony is known as the kanyadaan. In their tradition, you can’t marry the woman until she is offered to you. So, the father pours water into his daughter’s hand and it goes through to the groom’s hand.

7. The couple’s garments are tied together

Their clothes are tied together as they walk seven circles around the fire; each of the circles representing a blessing from the gods. The only reason for this ritual is verifying a friendship, which is known to be the foundation of Hindu marriages.

8. Red powder is applied to the bride’s hair

To show her new status as a married woman, sindoor, a red or orange powder is applied to the woman’s hair.

The bride wears a red dress, as red is a symbol of fertility and accomplishment. This is also the tradition in the Muslim community.

10. Weddings begin with a prayer

Greetings are offered to Ganesha, the god of good fortune and remover of barriers. They pray so the couple could have a strong start in their union.

11. Cords are tied to the couple’s wrists

Marriage is known to be very burdensome and challenging; the cords are there to symbolize protection for the newlyweds. This part of the wedding ceremony is called a Raksha Bandhan.

12. The groom gifts the bride

The groom places a necklace around his partner’s neck; it’s made of gold and black beads. During this part of the ceremony, it is believed that the marriage will gain blessings from Lakshmi, the goddess of wealth and prosperity. This is called the Mangala Sutra.