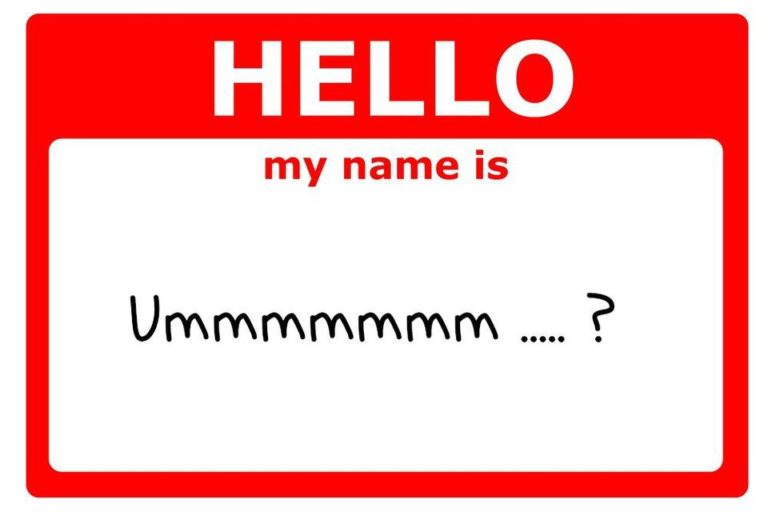 In this day and age, people do sometimes make difficult choices. One of those is to change their name. Now, you might be wondering, why would I want to change my name? You’ll probably come up blank because you might not think of a good enough reason to change your name.

But the thing is, the fact that you don’t have a good reason, doesn’t mean nobody has. According to the UKDeedPollOffice.org, there are a lot of people with very valid reasons to change their name. That being said, let’s take a look at the ten most common reasons why someone would go through the process of changing their name.

Yes, sometimes it’s that simple. Our name is given to us by our parents, and some of us just don’t like it too much. Maybe some would prefer something a bit more unique than John or Rachel, for example. Maybe you want something less unique than what your both parents combined together. Oh, and there’s also the people who have names that are easy to mispronounce, or they could be embarrassing if mispronounced.

They Want a Less Ethnic Name

There are a lot of people who have a name that would be instantly identifiable with ethnicity. Those names are commonly difficult to spell and pronounce, and this might be a reason for some to want to change it. On the other hand, some individuals often want to reclaim that ethnic heritage and return to a surname that might be lost over the years.

Marriage with a person of the same sex isn’t legal everywhere. However, if you’re in that kind of situation, you can always choose to share a surname. When it comes to legal, or financial transactions, this can prove as very convenient.

Choosing to change your sex might be a difficult transition. However, some still decide that’s the right thing for them to do, and in that case, they want to change their names in order for their names to reflect their gender. Some simply resort to the feminine or masculine form of their current name, while others go for completely different names altogether.

When you believe in a cause, there are a lot of things that you’ll find yourself doing. However, one of the more extreme measures is to change your name in order to support your cause. For example, one of the most popular examples is the story of Chris Garnett, who became KentuckyFriedCruelty.com.

They Just Went Through a Divorce

Even though there are plenty of exceptions to this, especially today, it is somewhat of a tradition for a woman to take her husband’s surname upon marriage. But when that marriage isn’t too successful, divorce follows, and at that point, she may decide to either reclaim her maiden name or to take on a completely new name.

Both are completely possible, and many places will even give you a very easy way to go back to your maiden name. It would be wise to check your country’s laws to know what you’re getting yourself into.

The Husband Wants the Wife’s Name

Contrary to what we just mentioned is a tradition, it’s actually pretty popular for a husband to take his wife’s surname. However, in many countries and states, this isn’t as simple as you might think. While some will do this just as easy as they would give a wife her husband’s surname, others will actually require quite a lot of paperwork.

They Want to Change Their Child’s Surname

When it comes to parenting a child, even though it is ideal to have two parents, that is unfortunately not always the case. Sometimes you have an absent father, while sometimes you even have an absent mother. If that’s the case, you might want to change the child’s surname to your own, if the other parent is missing. On the other hand, if the formerly absent parent is in the picture again, you could change it to the parent’s surname.

They Want a Combined or Hyphenated Surname

This is another increasingly popular trend, where a couple may want to either create a new surname, with parts of both surnames or just hyphenate the two. This gives them a brand new joint surname. Just like with the husband getting the wife’s name, some places will allow you to do this pretty easily, while others might put you through a bit of a pickle.