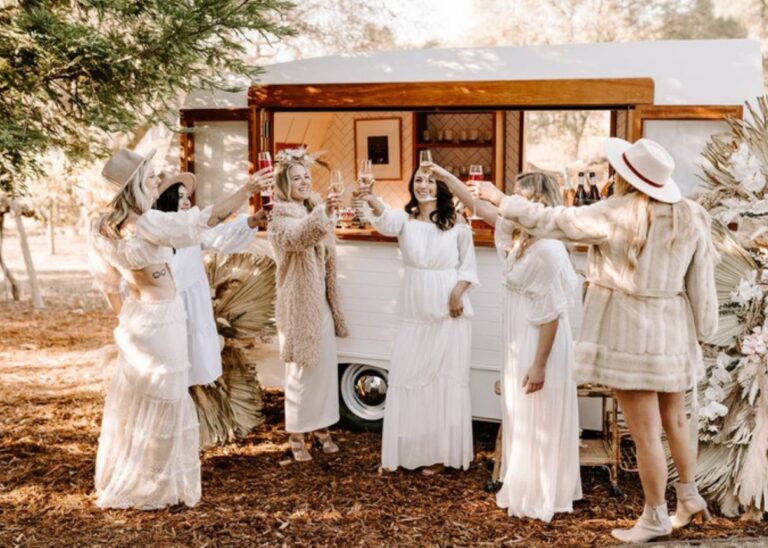 When it comes to expense and etiquette, weddings often deliver an extra charge, which means that it pays to read the fine print and word invitations carefully. Pre-wedding events like showers can require the same level of attentiveness, especially since they can serve a variety of specialized functions in the lead-up to the wedding. Social expectations shift and people often use terms like “wedding shower” and “bridal shower” interchangeably, but it’s good to have a handle on underlying definitions since the language on the invite sets the tone for the event.

So what exactly is the difference between a wedding shower and a bridal shower? It might be helpful to think of the distinction between the wedding party and the bridal party. The bridal party usually refers only to the bride’s contingent whereas the wedding party can encompass the groomsmen and anyone else with a role in the ceremony. Bridal showers tend to be ladies-only affairs, while wedding showers are more likely to be expansive and co-ed. Here are some of the implications of receiving each specific kind of invitation, as well the logic behind choosing to send one over the other.

You might notice that a lot of shower activities and functions (like gift-giving or couple’s trivia) seem like they could be rolled into the bachelor/bachelorette party, the rehearsal dinner or the wedding itself. However, after considering the unique circumstances that surround each couple and the amount of people involved in a wedding celebration, it’s easy to see why it might make sense to divide things up for a more personal level of engagement.

That’s because a shower isn’t just about getting presents. That set of spoons would be just as useful if it comes in the mail or is left at a designated reception table. But there is something special about having an additional level of interaction with the people who are investing in the future you are planning with your partner, especially if they might not be able to make the wedding itself.

And even though a wedding shower and a bachelorette party might both involve raising a glass of champagne and browsing wedding jewelry from affordable sites like Modern Gents, the context might be wildly different. A shower is generally understood to have a preparatory element to it as the bride gears up for married life, while one of the goals of the bachelorette party might be taking a break from the stress of wedding planning.  That being said, while it’s okay to have the shower complement the other wedding events in different ways, it’s generally not good form to have more than one type of shower, especially if there are going to be duplications in the guest list.

In the traditional arc of wedding lead-up, a bridal shower can be a chance for the bride-to-be to connect with the women who were likely both a large part of her single life and also an important piece of the team that is planning the wedding. Obviously, the dynamics are going to vary from couple to couple, and a lot of gender norms have shifted over the years. But there is still a good chance that on the day of the wedding, there is going to be a dramatically different energy and itinerary for the bridesmaids and the groomsmen. Like the bachelorette party, the bridal shower can be a chance for the Bride Tribe to reflect on their relationship with the person getting married. And since it is ladies only, they might feel freer giving honest advice, talking shop about decor and even unwrapping some lingerie. One friend-group might enjoy the spectacle of unwrapping different types of soup vessels more than another, so plan accordingly.

But there might be a number of reasons to shift the traditional arc of wedding events. It might not be a traditional wedding or a traditional couple. The bride might want to save the ladies-only time exclusively for the bachelorette party, or her support network might be decidedly co-ed. Maybe none of the bridesmaids are interested in talking about halo engagement rings or cookware, but some of the groomsmen love jewelry and watches. Calling the event a “wedding shower” also makes the event more couple-centric, which can then carry over into the activities and the general aesthetic.

Words matter. You don’t want to say “I do” if you don’t! But a wedding is about celebrating the fact that you know who you want beside you. So when you are thinking about a wedding event, work backwards from the people you want around you, aim to be consistent and courteous in your communication and the rest will iron itself out. Every marriage is a unique partnership, and so the way that friends and family help support that partnership in its early stages is also going to be unique.