Prince Harry will wear the uniform of a Captain of the Household Cavalry (Blues and Royals).

Prince William will wear an Irish Guards Mounted Officer’s uniform in Guard of Honour Order with a Forage Cap.

The Prince will wear a gold and crimson sash, and gold sword slings, both of which are worn in the presence of a Member of the Royal Family.  The Prince will not wear a sword.

The Prince will wear the Garter Sash with the Wings of the Royal Air Force, the Garter Star and the Golden Jubilee Medal.

The Insignia of the Irish Guards on the Forage Cap is the eight-pointed Star of the Most Illustrious Order of St. Patrick, and features the Regiment’s motto ‘Quis Separabit?’ (‘Who shall separate us?’).

The uniform was fitted by Kashket and Partners. 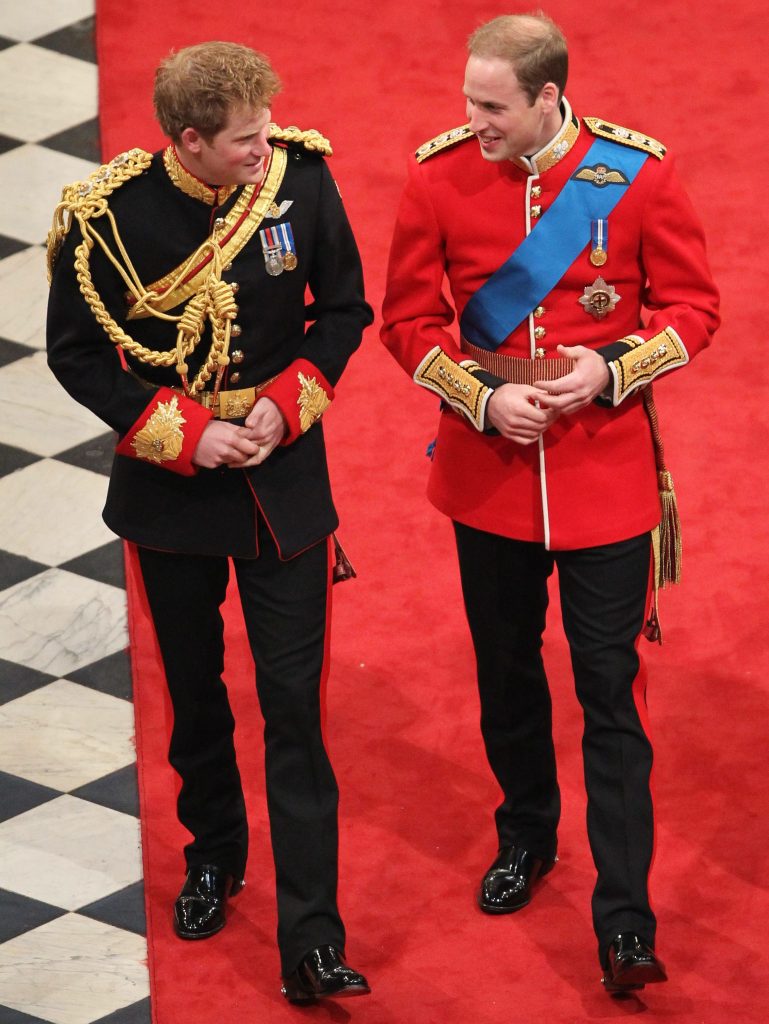 Prince Harry will wear a Blues and Royals officer’s uniform in Dismounted Review Order, with a Forage Cap.

The Prince will wear aiguillettes, a cross-belt and gold waist belt with sword slings, but no sword.

The Prince will wear the Wings of the Army Air Corps and Golden Jubilee and Afghanistan Campaign medals.

The Forage Cap carries the badge of the Blues and Royals, which features the insignia of the Most Noble Order of the Garter with The Queen’s cipher.