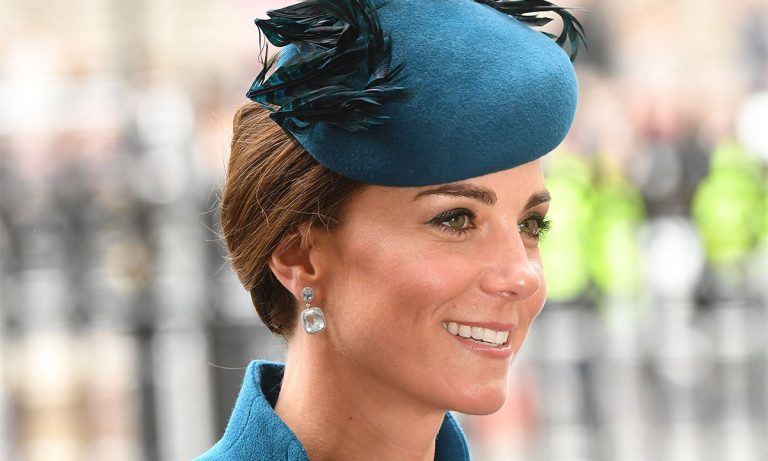 In May 1984, at the age of two, Catherine moved with her family to Amman in Jordan, where her father worked for two and a half years.

Catherine Elizabeth Middleton was born to Michael and Carole Middleton at the Royal Berkshire Hospital, Reading, on 9th January 1982.  Catherine is the eldest of three children.

Catherine was christened at the parish church of St Andrew’s Bradfield in Berkshire on 20th June 1982.

In May 1984, at the age of two, Catherine moved with her family to Amman in Jordan, where her father worked for two and a half years.  Catherine attended a nursery school in Amman from the age of three.

In September 1986, the Middletons returned to their home in West Berkshire, and Catherine started at St Andrew’s School in Pangbourne, where she remained until July 1995.  Catherine went on to Marlborough College in Wiltshire, where she studied Chemistry, Biology and Art at A-level.  Catherine also took part in sport on behalf of the school, playing tennis, hockey and netball and participating in athletics, particularly high jump.  Catherine completed her Duke of Edinburgh Gold Award at Marlborough.

Leaving Marlborough College in July 2000, Catherine undertook a gap year in which she studied at the British Institute in Florence, undertook a Raleigh International programme in Chile, and crewed on Round the World Challenge boats in the Solent.

Since completing her degree, Catherine has worked for Party Pieces, a company owned and run by her parents.  Alongside her work for the family business, Catherine worked in London as a part-time buyer for the clothing company Jigsaw Junior.

In 2008, Catherine launched First Birthdays, a junior brand to Party Pieces.  Her role within the family business included catalogue design and production, marketing and photography.

Catherine’s hobbies include recreational sports such as hill walking, tennis, swimming, sailing, and the arts such as photography and painting.